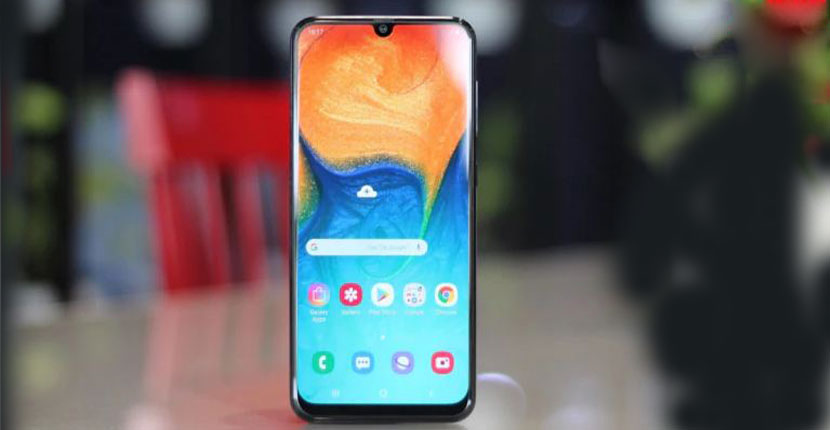 The Samsung Galaxy A20 is an Android smartphone developed by Samsung Electronics which was launched on 23rd September 2019. The phone Galaxy A20s has a big screen that comes with a 6.50-inch touchscreen display with a resolution of 720x1560 pixels and an aspect ratio of 19.5:9. Samsung Galaxy A20s the phone comes with enhanced features and improved performance is powered by a 1.8GHz octa-core Qualcomm Snapdragon 450 processor. It comes with 3GB of RAM.

The Samsung Galaxy A20s features a triple rear camera setup to make the most of your every day that includes a 13-megapixel (f/1.8) main camera, assisted by an 8-megapixel ultra-wide-angle lens with an f/2.2 aperture and a 120-degree field of view, and a 5-megapixel (f/2.2) depth camera. On the front is an 8-megapixel shooter with an f/2.0 aperture, autofocus is a camera feature that fine-tunes the focus of the camera, it is a nice feature.

Performance and Software The Exynos 7904 (Galaxy M20, M30, A30) is actually weaker than the Galaxy 7885, but Big screen; nice performance; large battery capacity; fast charging so it's still better performing as it is a new budget device in the company's revamped A series than the Exynos 7884 that powers the Galaxy A20. The handset comes with some pretty standard specs sheet including 3GB RAM and 32GB native storage.

It is certain that the Exynos 7904 chipset that powers the Galaxy A20 is mid- to budget-range system-on-a-chip from Samsung which looks like a serious budget contender and the use of a less powerful chip helps keep the A20's cost lower than that of the Exynos 9610-powered A50, but you also make a trade-off with performance.